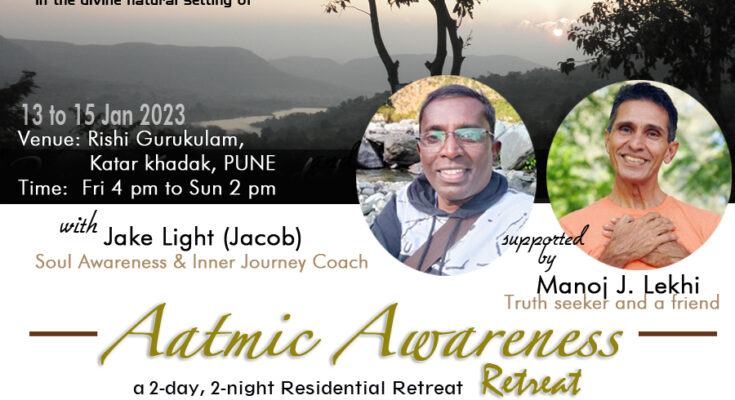 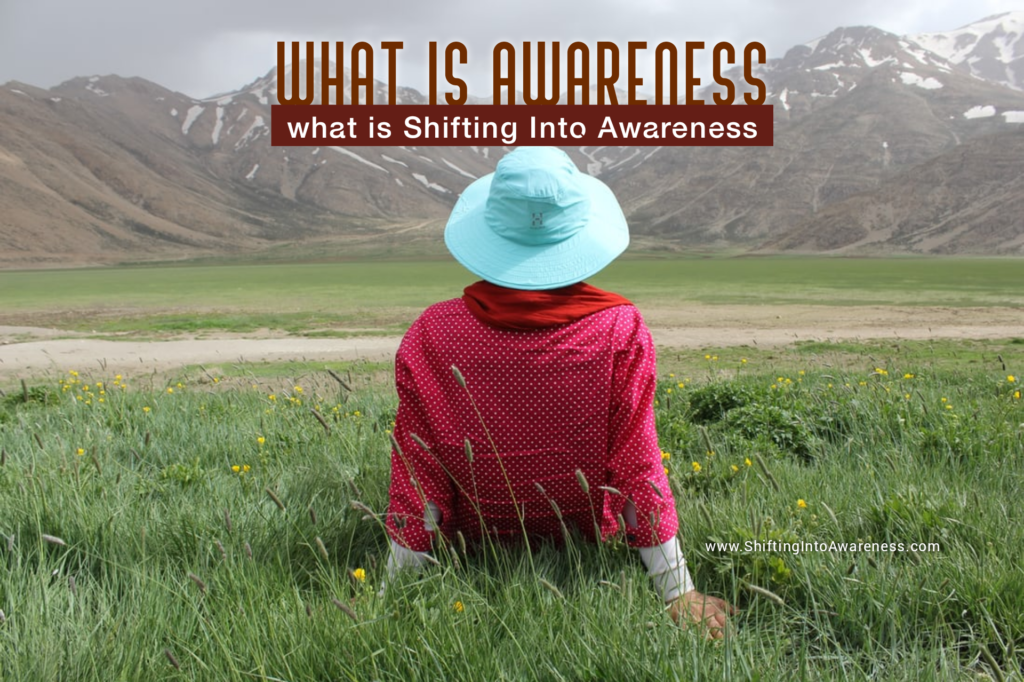 So, awareness is a state in which you perceive directly and consciously without involving the critical mind – you just observe and are a witness. This is a grosser meaning or a layman term for awareness. In reality, awareness is nothing but you. You are not the body, you are not the mind, you are not the emotions, you are not the experiences, but you are the witnesser of all this, and you may be called as Self or Soul, or in other words awareness. This is because the soul is only aware – aware of what the body and mind are doing, aware of what the entire life on earth is doing, aware of what the entire cosmos is doing. But since this Soul (you) is layered by many layers of ignorances (as a result of karmic stuff) the Soul remains covered by the dominance of the mind and thus one is not able to become fully aware of this. The whole idea of all spiritual paths is to clear these ignorances by purifying the mind, body and emotions. But shifting into awareness is a direct process of activating the awareness. Shifting into Awareness is actually the soul experiencing itself the way it is – becoming aware of both the positive and negative aspects of the mind (oneself) and becoming aware of the whole creation and experiences in creation.

What is Shifting Into Awareness?
Awareness is a state of conscious perception. But this awareness, if you notice, is not always active in us, because we get carried away with the activity of the mind. The active fickle mind keeps churning thoughts continuously and our awareness gets carried away with the scattered thoughts and hence life is just an automated consequence of the content and activity of the mind. This is the state where you remain a slave of your mind, whereas you should be the master and the mind should be your slave. Choosing to correct this and make a conscious positive change in one’s life is the first step towards awareness. Such a person consciously makes an attempt of “shifting into awareness” as and when he/she becomes conscious of this need. The one who has a strong urge to self-transform and raise the level of consciousness will find themselves on and often becoming aware of the need of “shifting into awareness“.

So, Shifting Into Awareness is a conscious shift from mental slavery to conscious freedom. When one shifts into awareness, one finds that all mental activity stops and one has now activated their operation from consciousness than the mind. This awareness may also be called as higher mind. The lower mind is always full of crowded thoughts, that surface from memories, past experiences, desires, beliefs, and conditioning. Thus one feels trapped in the overwhelming thoughts of similar kind repeatedly playing in one’s life and those could be influenced by negative factors like fear, greed, anger, hatred, confusion, doubt, sadness, possessiveness, jealousy, selfishness, etc. The reason why many are unable to control their mind is because of the heavy storage of such content in the mind. So, when one chooses to shift into awareness, one is actually dislodging from the lower mind and engaging in the higher mind. The higher mind is purer than the lower mind and operates on surrender, optimism, purity, and neutrality. The higher mind also has all your higher aspirations, your divine experiences and your non-judgmental perception of life. The higher mind is guided by one’s intellect, that has the ability to discriminate between real and unreal, right and wrong, and thus makes decisions based on the choices that are not from impulses of the lower mind but from the purity of the higher mind. Thus when doing an action in a state of awareness, one is guided automatically by the higher consciousness, which always works for one’s highest good. Thus, shifting into awareness is shifting from lower consciousness to higher consciousness.

Purpose of Shifting Into Awareness
Awareness has been taught by many great masters and paths for eons and today has even become very popular in the name of mindfulness. Undoubtedly, western philosophy of mindfulness has been greatly explained and benefitted millions but still remains utilised to it’s larger purpose. Various modern modalities use mindfulness to achieve better mental health, memory, concentration, destress, and achieve peace of mind. But the larger purpose of awareness is to go beyond even all this and achieve total purification of the mind, body and intellect and thus dissolve all the subtle layers of ignorance, after which the soul realises itself in its pristine form and one attains self-realisation. Self-realisation is the primary goal of human life as it helps the soul attain liberation from the cycle of birth and death (caused by impurities of karma). So, awareness is a powerful tool to achieve liberation and nothing less than this must be opted for. When one chooses liberation through awareness, one does not bypass or avoid anything that life has to offer but moves very much through it all, but now as a witness. Eventually the practitioner remains unperturbed with any aspects of life and achieves higher states of consciousness, slowly unwinding from the karmic clutches of life and learns to transcend the gross realities and perceive higher subtle realities. It slowly unravels all the mysteries of life and creation and helps achieve mastery of death too (leaving the body consciously and consciously choosing one’s journey after leaving the physical body). It all begins with the practice of shifting into awareness again and again until one naturally begins living in a state of awareness and further shifting into higher awareness and beyond. It makes human life satisfying and complete.

If you need any help in the journey of life, feel free to book a personal session ~ 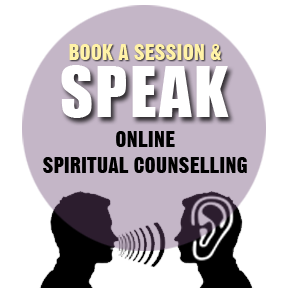