Intense energy clearings are on as the universal consciousness uplifts further with higher waves of rising energies on the planet. In case you are new to ascension symptoms, you may read articles written on these it by clicking here. i have been writing about it since 1998 and since my spiritual awakening at that time, have been through a lot of clearing.

Those days i remember, there were hardly anyone (you could count them on fingers) who spoke or shared about ascension symptoms. Today, it seems like the whole world is talking of it. This is a clear indication of how things are more tangible now than before, and how it more in the population are having awakenings to a cleansing process, because we are all returning to the Source. What prevents us from going back to Source is the ego (the idea that i am separate from everything). It is the ego that built karma since all these lifetimes. It all gets to a point where the separate identity (of the ego) builds up too much of karmic stuff that it has to clear again through various incarnations, until a certain point of time that things get unbearable. The ego can no longer tolerate it and now it wants to let go of it and return back to Source, because the intelligence of “knowing” that “i am not who i think i am” is eternally present in all of us through pure awareness. The pure awareness is what is even looking through the ego and makes it aware of its real identity. This normally happens when there is an opportunity for the pure awareness to remind the ego when the soul is going through some intense karmic influence. It must be reminded that it is only when human suffers, that the chance of the ego thinning is possible. Otherwise, the ego assumes that it is the “real i” and continues living in ignorance and creating more unwanted stuff for itself.

So, during intense suffering, the strength of the ego diminishes and that is when pure awareness is able to bring some reality. That is why spiritual awakenings may not be necessarily beautiful awakenings. Most of them trigger spiritual awakenings with a traumatic event, a loss, a near-death experience, major illness, setbacks, etc for this is when the ego is shaken up most. After such awakenings, souls enter spiritual paths. 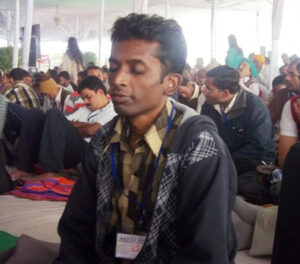 My such awakening happened in 1998 with series of setbacks in life. Since then have been with lots of ascension symptoms, and it goes on. Almost a decade later, i was guided into the spiritual path of ShivYog in the year 2009. Many seekers on the path choose to share these so that they are a guiding light to others going through this experience, because the experience can be very overwhelming. It all depends on the kind of karmic cleansing that is happening and differs from individual to individual. The symptoms are of many kind and cannot be definitely categorised or individualised because everyone’s karmic print is different.

It all also depends upon the intensity of the seeker. If the seeker is very keep to return back to source, he/she takes on the spiritual journey more seriously. Spiritual paths help accelerate the process and help in healing and stabilising but even then it can be overwhelming for many. Fear is one of the most strong emotions that is rooted in all of all and fear gets triggered in this process. It is important to remember that what we are clearing is just not what we know and understand but many things that we cannot see, understand or perceive because these are all clearance of multiple incarnations since thousands of human years. From every incarnation, what is left pending and incomplete is always carried forward and thus you can imagine what it could be like, lets say, you have been coming and going since past 2000 years! Thats quite a lot of work to do. Now, when i mean lot of work to do, it is not the ego (the ‘me’) that is supposed to do, the self works on itself without the interference of the ego. Remember, ego is what created all the nonsense and cosmic intelligence present in the form of pure awareness in the soul works through the process. Ego is what actually interferes. Ego is what actually questions, opposes, attempts to dodge, accept, go with the flow, surrender and even becomes it’s own obstacle by triggering fear, panic, etc.

This is precisely why i write this article today. Right now, intense ego cleansing is on through the souls. So, this is the time one must not think or feel or understand or try to perceive through the ego. Ego meaning the false “I”. Questioning, opposing, fearing, all only creates more stress on the individual. A lot of things can be happening right now because the clearing has intensified. More intense releases are happening. When releases happen, remember, they are all energies. When the karmic imprints are getting cleared or released, they are felt in various ways, especially physically. Many of these subtle releases happen through the physical body, which is the tool of the soul, which is the vehicle which suffers and enjoys the fruits of karma. The incarnation itself is the expression of the unfulfilled desires that one comes to experience through the physical bodies. So, the impact of the release of the karmic imprints also can be felt and realized through the body, which is what is experienced as ascension symptoms. 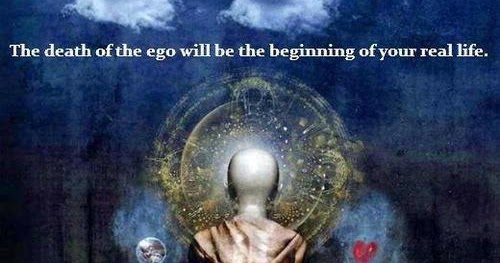 Purification begins being experienced through these various ascension symptoms, but purification on a higher level simply means the dissolving of the ego. Until the ego dissolves, the soul cannot return to the source because ego is the main barrier between individual consciousness and god consciousness. Now, the dissolving of ego will be very challenging because the ego feels very threatened, because it does not want to perish. Thus, it will retaliate to keep itself up and going. This is what confuses the individual even more because one one end it is seeking to liberate it and on the other end it is sensing death, the death of the ego, the death of the false identity, the “I” is dying. All the false identities – identifications with name, titles,  culture, tradition, religion, tribe, lineage, nationality, individuality, everything will be at threat of death to the ego. It is very important to remember through awareness that you are none of these. You have acquired it after taking human incarnation and please be reminded that all these identities have changed from incarnation to incarnation, yet the ego identifies itself very strongly with these in each incarnation. This is what is known as ignorance. You can relate to how difficult it is to even think of losing all this, even though deep down you know that these are not your true identity. The soul knows it. The ego doesn’t want the soul to see that. The ignorance experienced by the ego is called maya or illusion, which makes everything appear so real and eternal to the ego. You can simply take this example of how the ego fools itself so easily about death. Man knows he is going to die one day, but still lives as though there is no end to him. The ego keeps him forgetful about this even thought in the awareness the truth lingers, but the ego prefers to not look at it and continue to be immersed in the maya. You see how strong it is? This is the same ego that makes you feel you are so and so, you are entitled so such and such,  and you belong to this religion, this country, this culture, this tradition, this tribe, this community, this family, this cult, this ancestral lineage, this race, this species, this gender, and so and so. Whereas the soul is just none of these. The ego has collected all this and stored it from multiple repeated incarnations and now it all feels so real. The ego has retained and enjoyed through these identifications for eternity and now it has to give up. It can be painful and distressing to the individual depending on how one is understanding this process and cooperating with the process.

All this is what is precisely dissolving right now. It will show up in many ways and if you are rooted in the ego consciousness, things can feel very challenging and overwhelming. Hence, shifting into awareness will help tremendously, because then you are choosing not to view things through the ego consciousness but through your pure awareness. This is when you can allow the process to happen and not cause it more resistance, thus causing more trouble. These processes can go on for months to years to even a lifetime depending on various factors, but what is important to know is that it is all for your highest good. It would take enormous patience and coping for the ego consciousness, but the same patience and coping would be easier for the soul consciousness. 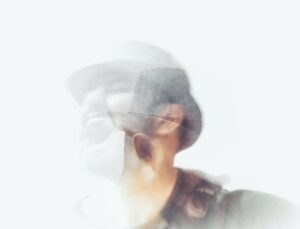 Many write to me already about these things and it is quite difficult to explain it, especially when one is deeply rooted in the ego consciousness, because that will not allow one to see things in clarity. Hence, i suggest looking at awakenings and spiritual transition processes through awareness. Many feel they are losing their mind. This is true, because mind is nothing but the ego’s vessel. Mind is what feeds the ego. The mind has to dissolve for the ego to dissolve. This can be read in the teachings of Bhagwan Nithyananda’s words in Chidakasha Gita, where all that he is revealing is about the falsehood of the mind and the need to dissolve the mind in order to attain self-realization (read).  So, when the mind is dissolving it is natural to feel that one is losing the mind, for one is really losing it 🙂 For some it can feel like death. Many say, “I feel like I am dying” and this is true. In reality, the “I” is truly dying. Since they are more identified with the “I” they feel or say “I” am dying.  So, in reality what is dying is the ego. It is only with the death of ego that the soul can be freed and liberated to experience it’s infinite form. To liberate, it must let go of what is causing the bondage. Hence, those who are intense seekers will have this intense dissolution happening. 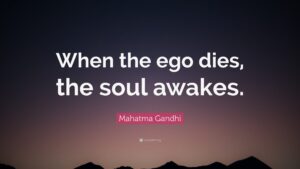