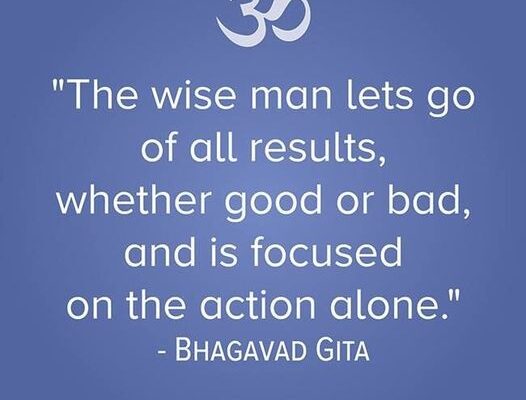 When you are moving with surrender, whether up the Mountain or down the Mountain, inside your Sadhna room, or in the forest, the Doer is always the Almighty, who doesn’t care a damn whether you give him credit or not. He is neither pleased nor irritated, if you make him the doer or not. These are all concepts of the mind, beliefs that are used for fear and control.
The Almighty and Guru are elements of pure unconditional love. They just love you for what you are. When a seeker knows this, he surrenders to that guiding light out of love and not out of fear that if he becomes the doer hell will break lose. If one gives up doership to higher powers out of fear of some dread, mind you, that still is your own doership even though you think the higher is the doer, for now you are driven not by love but by fear or guilt.

Doership can only be given away when you become aware. Only if you are aware you will notice this.

The doership is good for preaching and talking about but if you observe closely almost everyone is the doer. Do not take guilt and fear over this doership stuff. It is very natural that in the start and during the practice periods you will have doership but eventually, very naturally this ‘knowing’ will shine over you when your awareness sharpens and you see till where the ego is trying to take control. The moment you become aware of it, it will dissolve and naturally what happens is the higher powers take over. Gradually this will keep increasing until you finally, naturally learn to dissolve the doership, but it will be only out of peace, love and awareness.
Observe everything carefully and you will see that everything out there is driven by ego, which means driven by human doership, even in spiritual systems. We may only say that God is doing everything. So, does god do or we do promotions, publicity stunts, social media tactics, punchlines, taglines, outfits, titles, filters, gimmicks, talks, glamour, presentations, etc? Who is the doer?

It is humans only but since this is a dire necessity in a world that is caught up in doership, it is natural that everyone becomes the doer first. Only when things deepen, the doership is surrendered but by bit.
We have only learnt to catch ourselves or others intellectually. Have we learnt to catch ourselves in awareness? Well, that’s what makes the whole difference than just talking about it. Let’s get practical now. If you say that in sadhna god or guru is the doer and not you, it may be right or not right. Words can be anything but who knows the truth? If I ask you “how often do you do your sadhna?” what would your answer? You may say, “Well I do my sadhna regularly” or whatever else. Anything wrong in this? Well, those who are logically scanning doership of others will fail to notice that the question and answer both had the person only as the doer. Question was do YOU DO sadhana? And the answer was I DO sadhna. Do you see who the doer is?

So, it’s not about intellectual knowledge about doership, it is the practicality of it and that can come only through AWARENESS.
Why is doership discouraged by all Masters of all traditions?
Because doership creates karma. It’s the cause and effect. It simply is on the equation that “I did it, so I will get the results.” Or “He did it and he will get the results.” That is why Lord Krishna said, “Do you act, but surrender the fruits of your action to me.” The equation is that if you wish to offer fruits to the Lord then you cannot own the act because if you do, it means to the fruits will come to you and not to the Lord. So, if you have to offer the fruit to the Lord then the action first has to be offered to him. One who is aware will be motivated by this and not motivated by fear of what will happen if I don’t surrender. Then that kind of surrender is motivated by guilt or fear or because someone preached unto you to give up doership, and so you felt guilty and worried about it.
Giving up doership is not just in the saying but in feeling and experiencing it. When you believe or feel strongly that He is the doer and go about doing things in awareness, that is surrender of doership. Awareness will be very active during such times. Awareness only watches, observes and witnesses even during the activity. It even watches the manipulative ego trying to take on or even give up doership! That is when you do your act without causing karma. It may happen sometimes or at all times, depending simply on how aware you are. If I am getting reactive or triggered during an act it would be wiser to check if it’s really god/guru or my ego “doing” the act.
This is the reason why Masters of all traditions have asked to shun doership. Sense of doership comes from ego and we must become practically aware of this. Without understanding this if you just try to give up doership because someone has reprimanded or critisised you on it, it is not going to work, for you will be doing it out of fear or guilt. You might even halucinate and live in false feeling that you are not the doer where in reality you ARE the doer, like the examples given above.
So you see, this doership will be there in the beginning. Eventually, the more you become aware, the more you will learn to SWITCH doership and then gradually SURRENDER doership.. This is how we train ourselves as students. It’s stupid to expect everyone just becoming a nondoer. It will only add a false feeling that one has surrendered the ego while everything is actually operating through the ego itself. It’s a dangerous situation when I don’t see my own flaws but only see it in others. Who is the seer here? Not god, but my ego. It is as delusional as falsely feeling humble and saying, “I” have now surrendered. Notice the “I” is still there

Surrender of doership cannot happen if I am trying to please the world or prove to the world that i am not the doer. That is why perhaps the world judges and are impressed when someone says, “Oh, it’s all god who does it” or “Oh, it’s my guru who does it.” If you are not really the doer, you don’t really need to say it or prove it. Simple checker.
So then, how would you know if someone is the doer or not? What is the need to know? How can we know what is happening inside them? It is completely their personal training – completely between them, their Guru and their god, with no other interventions needed. So why should I project my reflection on finding out these things. Yes, if I am aware, probably it might point out my own truth about my doership or nondoership that I am simply seeing reflected in others

So all these are completely personal trainings. What is more important than all this, is that one becomes more aware. Shift more into awareness. Practice and practice such things with an open mind and not out of fear, guilt or embarassment of being a doer or nondoer. Relax. Take it easy.