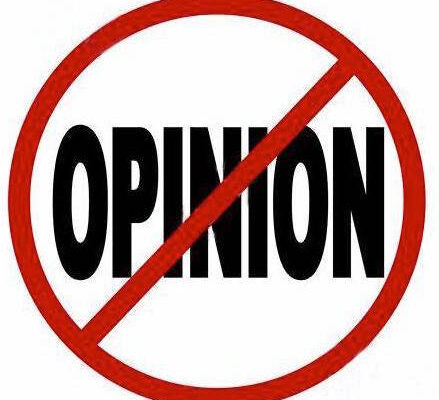 The most highest question of the highest awareness is “Who am I?”

The answer of highest awareness would be that “I am not this who i think or consider to be. I am eternal. I am spirit. I am that I am.”

But this answer may not reflect if you are not in that highest state of awareness. For me, my awareness shows me another answer – that what i am not.”

Read the deep insights on this subject that will help us understand our own life journey and other’s life journeys. It will help release few wrong myths that we have probably held for too long now in our psyche. It will help not just understand the beautiful teaching of acceptance, forgiveness and unconditional love, but also begin practicing it. A teaching is only a teaching until it becomes a part of our life. Practical spirituality.

When i silently sit and become aware of whom i am NOT, this is what comes to me.

i realise that you, me, everyone, are nothing but a bundle of opinions. Opinions of our own selves and opinion of others. Just look at this. Let us say you are walking and not really in a state of awareness. When you cross someone on your way and your eyes fall on him or her, what is it that happens exactly? Immediately you form an opinion about that person. Same with when you see a house or a location or a photo or a known person or a star or a scheme or a plan or anything thing that your eyes or mind can fall on. Immediately, without a waste of a single second, the mind floods some or the other opinion. Isn’t that so?  Even when you are looking at this post, your mind has already formed opinions about the topic and probably about the writer too. Caught that?

What i wanted to emphasize here is that this is the very nature of the mind, and almost every mind, maybe 99% of the minds. When you observe yourself you can also know what is the world’s observation.  You may not be aware that when you looked at the stranger you formed opinions, but at the same time he/she also when looking at you has formed some opinions. The stranger does not know you neither you know the stranger but you can see how constructively mind has formed opinions.

When after forming opinions about others, you conclude with a conclusion about that person based on the opinions your mind produced, that is called judgement. You have concluded a judgement, passed a verdict.

Now, if you dissect this further with your awareness, the teaching of “Do not judge” or “Accept everyone the way they are” will make more sense and embraced by your consciousness.

Now, are those opinions that the stranger formed on you, real? The person does not even know you but has an opinion. So, you know it is completely false, but to the stranger that is real. See how powerful the mind can falsely impact and yet make it sound true?

But it doesn’t just end there. It is also important to realise that i also have formed and am constantly forming opinions about others – which is also not true! It is just our opinion. 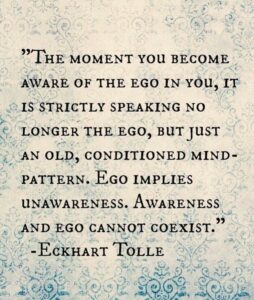 What are opinion? They are just an imaginary conclusion about a person, place or thing. Conclusions are mere assumptions.

Where was this opinion formed? In my mind.

Who formed this opinion? The ego mind that is identified strongly with the illusory projections of the world or in short, gripped strongly by maya.

Why was this opinion formed? Because the mind is constantly brewing coffee with the ingredients in its store. Ingredients of opinions of life stored based on my own past experiences of how i saw, felt, experienced certain experiences in life. These are all in stock deep in our subconscious mind. The moment our five senses see, feel, touch, smell or taste something, it immediately relates it with what is similar in store. Now, what is in store also is not true, especially because they were not really experiences in full awareness. Remember, if they were in awareness, they would not have been stored because in awareness it only purely witnesses it without judgement, so no chance of it become a psychic impression and getting stored anywhere. So, it is but obvious that whatever is stored is always that which was not in awareness. And that which is not in awareness is not pure, is not right. So the ingredients of our subconscious itself is all invalid and useless. This is why we all aspire to heal  and uproot everything that is in our subconscious. All the thoughts, opinions, impressions, conclusions, beliefs, conditioning, etc They all are the real enemies to your liberation.

So, when if my current coffee is brewing something from impure ingredients, what is the quality of my current coffee going to be? This is why noone’s opinion about anything or anyone is true. It is just purely a projection of their mind. A new judgment is made based on a set of previous false judgements that i have held. And when new conclusions, opinions, or judgements are made, only more of the whole crap is stored into the subconscious, that will make things even more difficult for us in the future when it comes to self-purification. This is why it is said, “Do not judge” because that will only add more problems for you yourself. This is why it is said, “Accept everyone the way they are.” What does it mean “the way they are”? It means how ever funny they appear, however bad they appear, however foolish they appear, however whatever they appear – that is just your opinion. 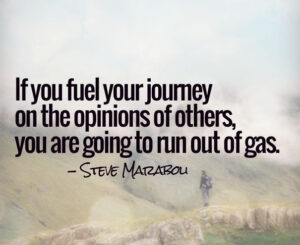 It is just like, in the family, you are father or mother to your kids, maybe a bad parent for a kid or an inspiration to another. You are a grandparent, probably the most comfortable person for one of your grandchild or a big bore to another. You are brother or sister to your siblings, probably someone who is more than a friend to a sibling or to another just an unbearable fool. You are a son or daughter to your parents, probably a good child to one or a bad child to another. You are a husband or wide to your spouse, probably the best friend your spouse dreamt or a nightmare of his of her life. You are friend to your friend, probably a best friend to one and to another just an idiot. You are the boss to your employees, probably loved by few and hated by the rest. You are a hero for one neighbour whom you helped once and a villain to another neighbour whom you had a misunderstanding with. You might be god for your pet and a devil for the neighbour’s dog. You might be a helpful person to few in the society, a cunning person to few others, a kind person to few, a saint to few, a crook to few. You see this? So many opinions!

How can you be all this? How can it be true that you are good as well as bad? So, which is correct? Who is correct? NONE. Because they are all just opinions.

Then who are you really? Well, i made this article on who you are not, so it should now become easier to figure out who you really are. You are that eternal soul stuck in that body that is playing so many roles – of a parent, child, grandparent, sibling, friend, neighbour, saint, boss, citizen, relative, etc. Though you are what you are, you are surely imagined to be a lot by the world, when they confidently conclude with their opinion  of telling you who you are. Isn’t that funny? Yes, that is equally funny when you also form opinion about others.

What i learnt from my Master on this subject 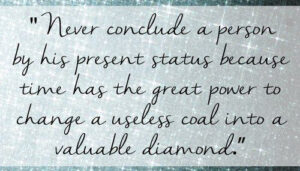 The best part i saw when i observed my Master was that he never concluded. Never concluded on anyone. Conclusions come from judgment. It is very, very complicated after that. His prime teachings are on:

Ever asked the question, why am i unable to forgive or accept others the way they are or love unconditionally. Read this article again and you would know. My Master never concluded on anyone. You know why? He believes that what you see today in a person is changeable by the individual. Anyone who does something is directly working according to their level of consciousness. The level of consciousness is can be altered and is changeable. The individual is like flowing water, constantly changing, for you cannot step into the same water twice. That water which you stepped for first time has flowed and the next step you place in the water is touching new water, though you may say you are touching the same river! So, he believed that if consciousness is changeable, the opinions that someone has about a person is just for that moment. Next moment he has all the chances to be something else. So if this is true, how is it that you can conclude on someone. i studied him and observed that this is how he was able to practice – accept everyone the way they are, forgive everyone, love everyone unconditionally. 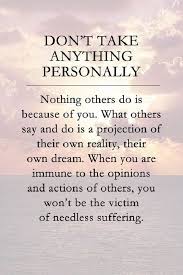 So, know this for real and for sure. No opinion that you place on someone is true. Neither is true that opinion someone places on you. When you know this, whatever the opinion of others, you will continue doing your work and more importantly, continue to be who you really are, the unique of its kind. When you know this clearly, then you won’t want to form opinions about others too, for you know that is also not real. Moreover, it is addition of dirt into my own psyche.

Everyone is unique. Everyone is special. Everyone is changeable. Everyone includes me too. Be who you really are and continue moving on your journey and allow others to be who they are and move on their journey.