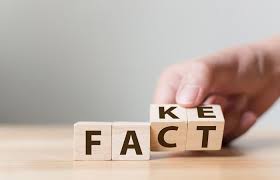 “If you repeat a lie often enough, it becomes the truth.” ~ Joseph Goebbels.

An alarming statement to what can happen with negative thinking. First, a negative idea looks very natural and okay. When repeated often, we will not even know when it has become a part of us. So also does a lie. How many times has it happened that lies are casually told in daily life, thinking it is okay, and sometimes even in the name of doing it with good intentions. We can say our intention was good and speak a lie or do a negative thing that we later justify under pure intentions…. unaware of the dangerous pattern it is creating, each time digging the nail of the lie deeper into the psyche. 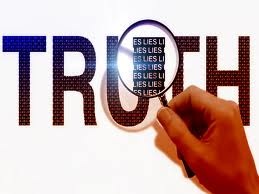 It would not be a surprise to one day notice how effortlessly the lie has become a truth and one even starts acting or speaking in that way without even knowing. Others will notice it but not you because by now it has become a totally unconscious act. God sees this. Your consciousness sees this. Your real self sees it. We may justify it with a thousand words or explanations or even with a cunning silence of ‘poor me’, but the inner self still sees through it. This situation is nothing but what one has woven oneself into. What is believed to have been done with good intention unfortunately was not. So, in such cases, I find that, being truthful to my own self can make me truthful to every other thing. Not necessarily, the lie spoken to others but the lie unknowingly even spoken to myself, the lie that looks harmless and sweet but are in fact the seed of self-destruction. Vigilance with awareness and watchfulness of every action, thought and word is the first step to work upon in the lie business. Efforts in being conscious of every little thing is a great step. That is why it is stressed upon “living in the present moment” and “being truthful” and “being aware” and “doing everything consciously”.

Being conscious means being totally aware and alive in every act.  This even even means being vigilant while saying the famous unconscious customary “I’m fine” in reply to the customary question of “how are you?” If noticed carefully, you would see that both the question and the answer are almost 99% of the time false and meaningless or in simple word “lie”. Neither is the questioner genuine in knowing about the well being nor is the answerer truthful about the reply. It’s because both the question and the answer are not a conscious act. If the same is done in total awareness it will be noticed that most of the time you will not want to ask that question in replacement of a simple greeting or unless you are very genuinely wanting to know the person’s well being. Same with answering someone with an “I am fine” will replace with a smile or an act to simply get straight to the point 🙂 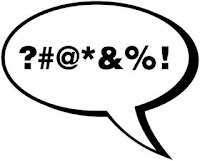 These **** words have become so common and rampant even in developed societies and conversations, that it is no more a bad word for them nor even  to the people who don’t use it but who listen to it and are okay with it. All in the name of being “cool”. It might startle or perplex or offend or hurt or disgust many who hear it. Here also 99% of the time the sayer doesn’t literally mean it but now this has become a part of the person’s personality and he or she is unconsciously blurting the words out. The word which is negative enough to create it’s own ill-effects, is in the air in a very harmless and popular way. Even the listeners who often are startled in the beginning, after repeatedly hearing foul words everywhere, now doesn’t not mind it because the mind has now accepted it as okay. This is another lie that after repeated use has become the truth.

The effect of this lie business is everywhere around and it begins with ourselves. On the television too, everything opens up with a lie and even the last scene while putting the TV off ends in lie. But how alarming that we can still graze through it all and call it entertainment or even relaxation. Every movie, every serial, every news, every fun, every advertisement, if noticed carefully is not the truth. There is some amount of lie coated everything that goes on there. But yet it seems good just because all this is also watched unconsciously and the lies are hardly noticed. Here also things are repeated so often that they convert into truth for us and this attempt is a deliberte one on viewers. 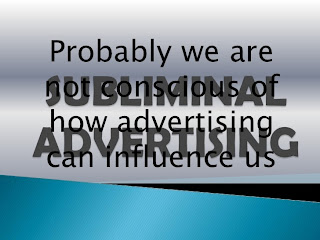 This medium knows how to convert lie into truth for you. They know the workings of innocent minds watching it. The advertisement world very wisely use these tactics. Not a single advertisement is lie-free. Almost a decade back when I was studying into subliminal messaging and it’s effects in re-programming the mind, I learnt this fact of how subliminal messaging is exploited by the advertising market. Subliminal messages are tiny images or words or symbols or audio that are flashed for such small duration that the eyes or ears will not notice it but the subconscious mind will. After this malpractice and it’s effects of wooing the customers became evident, subliminal messaging was banned in many countries and there are even certain bodies set up to censor these. It is not just used in advertisements but even movies and videos and audios and campaign posters. Repetition is a powerful tool. Watch the pattern of advertisements. How some are repeated one after the other continuously. They all influence the subconscious of unaware viewers. Don’t be surprised if you are prompted to buy something that you never wanted to buy but ended up buying… 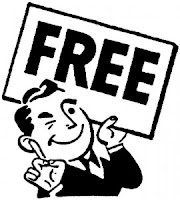 You have not bought it but your subconscious has. Now there is not need to wonder why FREE FREE FREE has to be repeated thrice or more… Lol.. Same way, if after repeatedly sitting to watch a saas bahu serial in the name of giving company to someone, I certainly wouldn’t be surprised if I fall in love with the ways of the saasu or ways or the bahu or even probably the ways of a naughty flirty husband or ways of a depressed lover. Though we may call it entertainment, we are subconsciously absorbing every act deep into our psyche and making it a part of ourselves. Whenever, similar situations that you watched and enjoyed from these dramas, will surface itself as an idea or action or word or thought when something similar comes up in real life. Then, your action is not out of your own intelligence or discrimination, but it is an unconscious act and you will have to face the consequences of that.  Thus, every moment we are dumping in lies coated in truth until they become an unfortunate truth itself.

So, watching and being aware of everything itself is the first step in refining out intentions. It is much wiser and better than only assuming to have a pure intention, and doing everything in the name of good intention. Watching that intention itself is better than watching the lie.  To clear one’s life of clutter, it is first important to clean out the lies from our minds and life and the lies that we have unknowingly accepted as good or harmless.  If one notices how the mind produces and reproduces, it would be alarming to notice how we fall into our own trappings.  As a matter of fact, anything can become a truth. Of course, not the real truth but the false appearance of truth. 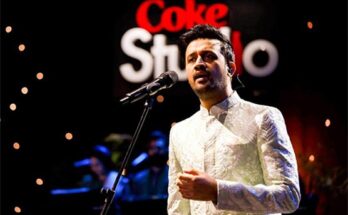 ADVAITIC BLISS | That Being is God ~ Vohi Khuda Hai

One Comment on “Your Lie can become Your Truth”